Role of India in United Nations 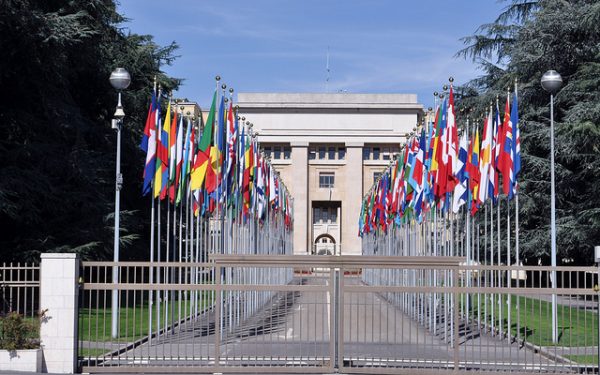 With the motive to maintain international peace and security and to promote cooperation in economic, social and cultural fields, the United Nation Organisation was established on 24th October, 1945 in San Francisco, California. It was formed soon after the end of World war and was the successor to ‘The League Of Nations’. It presently consists of 193 member states and is guided by the principles mentioned in its Charter. India is one among the 50 founding members who signed the UN charter in 1945. Since then India has made important contributions by being a member of UN Security Council and other specialized agencies of United Nations.

Role of India in United Nations :-

The League Of Nations was formed in 1920, with an objective to promote unity among countries to prevent the possibility of future war. Although only self-governing countries were considered members, an exception was made for India. The underlying reason for the same was its significant contribution to Allied forces in WWI.

India was an active member in drafting the Universal Declaration on Human Rights, which highlighted the need for gender equality. Due to India’s efforts the words ‘all men are created equal’ were changed to ‘all men and women are created equal’. India was one of the earliest signatories when Convention on Elimination of all forms of Racial Discrimination was adopted and was most outspoken against racial discrimination in South Africa.

Also Read :  Do we need a fresh Reorganization of states?

India strengthened its position in the UNO as an advocate to present the needs and aspirations of the developing countries and to promote international cooperation. This was the result of the formation of ‘Non-Aligned Movement‘ and ‘G-77‘, in which India played a major role.

India has completed 70 years in 2018 in serving UN peace keeping missions. It has deployed police personnel in Korea, Egypt and Congo in earlier years and in Somalia, Angola and Rwanda in recent years, and more recently in Haiti for maintaining harmony. Starting its participation from 1950 in Korea to being instrumental in bringing peace in Liberia through first ever all female force, India has participated in more than 40 such missions.

The G-4 is the group of countries which are seeking permanent representation in United Nations. These countries include Brazil, Germany and Japan along with India. India has made claims for the same on account of it being the 2nd largest populated country and the world’s largest liberal democracy. Another major reason would be India’s contribution to the peace keeping missions.

India has worked with like-minded countries to expand the permanent membership in UNSC, which is in response to the arguable geo-political structure of the Security Council after WWII. The Government of India has strongly put forward India case and The Russian Federation, United States, United Kingdom and France are in support for India in getting a permanent seat.

India has been elected several times at the UN Security Council and became a non- permanent member for the period 2011-2103 where it played a crucial role in promoting international harmony its own national security.

India has contributed immensely to the United Nations objectives right from its formation years by being outspoken against inequality and colonialism and taking an active part in the peace keeping missions. In addition to this, it is the world’s largest democracy and has the capability to manage international cooperation responsibilities through its global powers. And most importantly India has been fighting continuously for achieving democracy in United Nations.